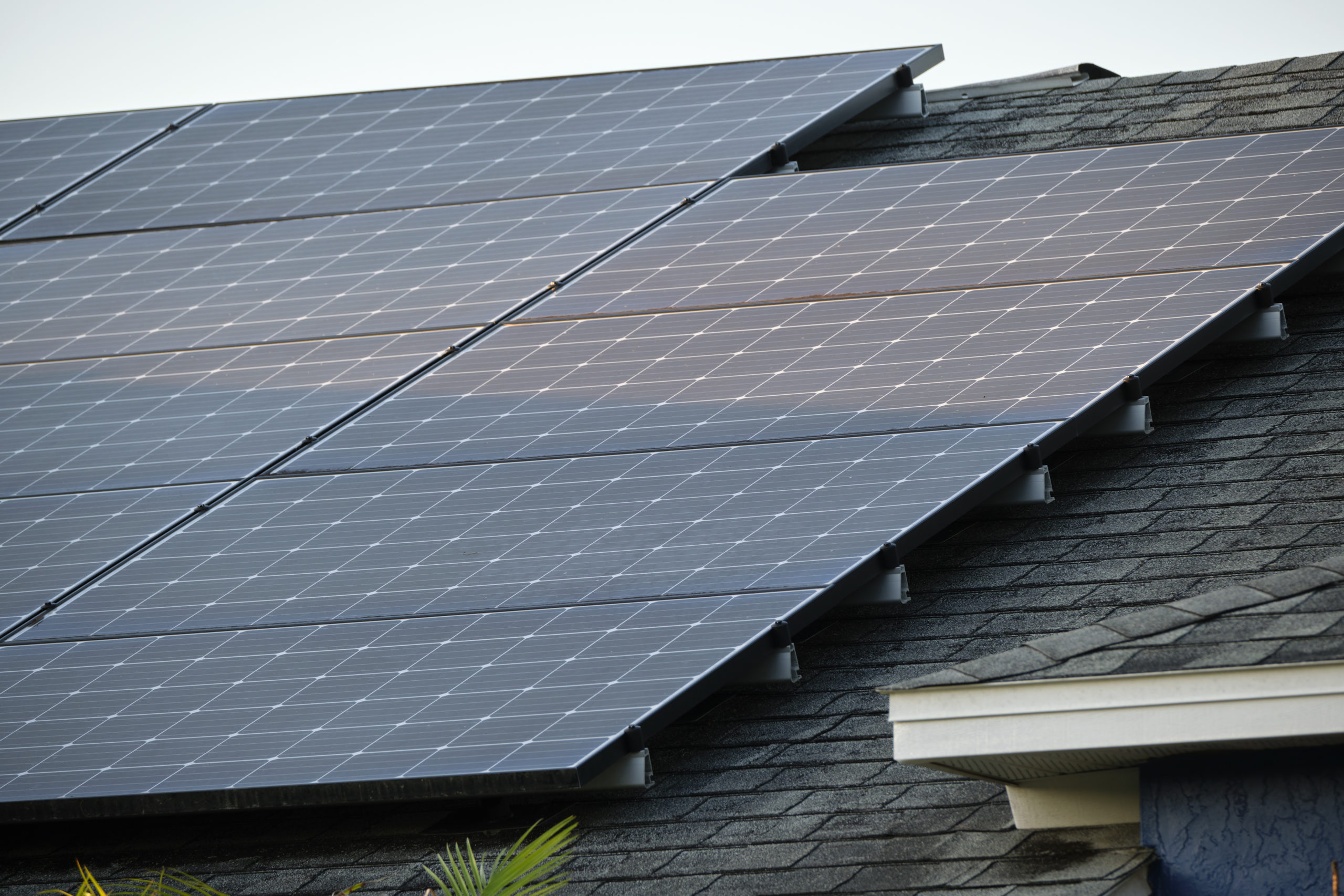 The installation of solar panels aimed at self-consumption can be a great investment choice. Placing them in large buildings, such as hospitals, offices or housing blocks offers important advantages to their users. However, a well-dimensioned self-consumption installation requires a good knowledge of the necessary technology and how to make the most of it, also taking into account the return on investment. Next, we will try to solve the possible doubts that may arise when trying to solve this challenge.

How does photovoltaic solar energy work?

Photovoltaic solar energy is the direct conversion of sunlight into electricity, and it is something that is produced at an atomic level. This is possible because of the photoelectric effect, which occurs in certain materials that manage to absorb light photons and then release electrons. This phenomenon can be exploited by capturing the free electrons to generate an electric current.

In order to make this process work, it is necessary to have solar cells. These are manufactured with semiconductor materials, such as silicon, in very thin layers capable of forming a positive electric field on one side and negative on the other. Thus, when light energy strikes the cell, electrons are released from the atoms of the semiconductor material.

To capture the energy generated in this process it is necessary to connect electrical conductors to the positive and negative sides of the solar panels. These will form a circuit, which will end up generating an electric current with the electrons that are captured. Then, the current can be sent to a battery or directly to the network, to be used as needed.

But when you want to create an installation to feed a large building, a few solar cells are not enough. Solar cells are connected together to create a photovoltaic module, which can produce about 12 volts, although it will always depend on the sunlight. These modules can also be connected together to build a matrix. And, of course, it is possible to create a complete installation by joining arrays until the desired electrical power is reached.

The production of electricity will depend, among other factors, on the area occupied by the panels. The current obtained by the panels will initially be direct, although it is possible to transform it into alternating current later and adapt it to produce any combination of voltage and current required. In order to send the photovoltaic energy to the electrical grid, it is necessary that it passes through an inverter, another of the key elements in a photovoltaic installation. The inverter is the equipment in charge of transforming the direct current electricity current that is generated in the panels into alternating current, which is the way electricity is transported through the electric grid

The main advantages of solar energy

One of the main benefits of solar energy is the possibility to facilitate the self-consumption of electricity and to reduce significantly the expenses in the electric bill. In large buildings, it is possible to make better use of solar energy, as these structures take up a lot of space. Roofs normally do not have different uses other that the protection of the building itself. For this reason, it is relatively common to see photovoltaic panels on roofs.

So, by installing an adequate number of solar panels, it is possible to supply the building with electricity or minimize the consumption of the electric grid.

It is also possible to market the excess energy generated, which could produce benefits if the electricity generated in excess is significant. In addition, it is possible to scale the installation according to the needs of the building. Thus, if these grow there will be no problem to add more panels and increase the power.

Another interesting aspect is the durability of the solar panel installation itself. Solar panels are design to be outdoors and avoid corrosion and rust. Thy also resist wind forces and are light enough so as not to affect the structure of the building. On average, solar panels usually maintain a good operation for 25 or 30 years, more than enough time to amortize the investment and obtain an adequate internal rate of return.

Another advantage of solar panels, which often goes unnoticed, is the peak of electricity generation. This occurs around midday, and is maintained until four o’clock in the afternoon, coinciding with the daily evolution of electricity demand. Therefore, there is an overlap that would allow a better adaptation to the demand, optimizing the use of resources in times when are more needed.

Finally, photovoltaic self-consumption is an efficient solution because there is not energy loss in the transport of electricity. The greater the distance the electricity has to travel through cables, the more energy is wasted. This can be as much as 10 or 12% of the total generated by a national electrical system. A solar panel installation installed on the roof of a building reduces these losses.

What is the return on investment?

One of the fundamental aspects when deciding on solar panels is the cost of the installation and the time it takes to recover this investment. Different factors have to be taken into account when making this calculation. One of them is the capacity that can be installed on the site. This is given by the presence of shadows or the area available for installation.

Estimating the monthly production of kWh of solar panels is another factor to take into account. It will depend, to a large extent, on the solar radiation available over time. This will vary as the seasons go by, so it will be necessary to consider it when deciding which installation to make.

Likewise, when calculating the return on investment, the electricity demand curve of the building or activity must also be taken into account, as well as the electricity rate being paid for that electricity.

In addition to these aspects, the administration and the electric companies can impose conditions for exporting this energy into the general network. However, it is possible to have a battery to store the surplus and compensate for moments of high demand and low sunshine. In addition, the advance of technology makes the panels more and more efficient, which will make it possible to produce more energy in less space.