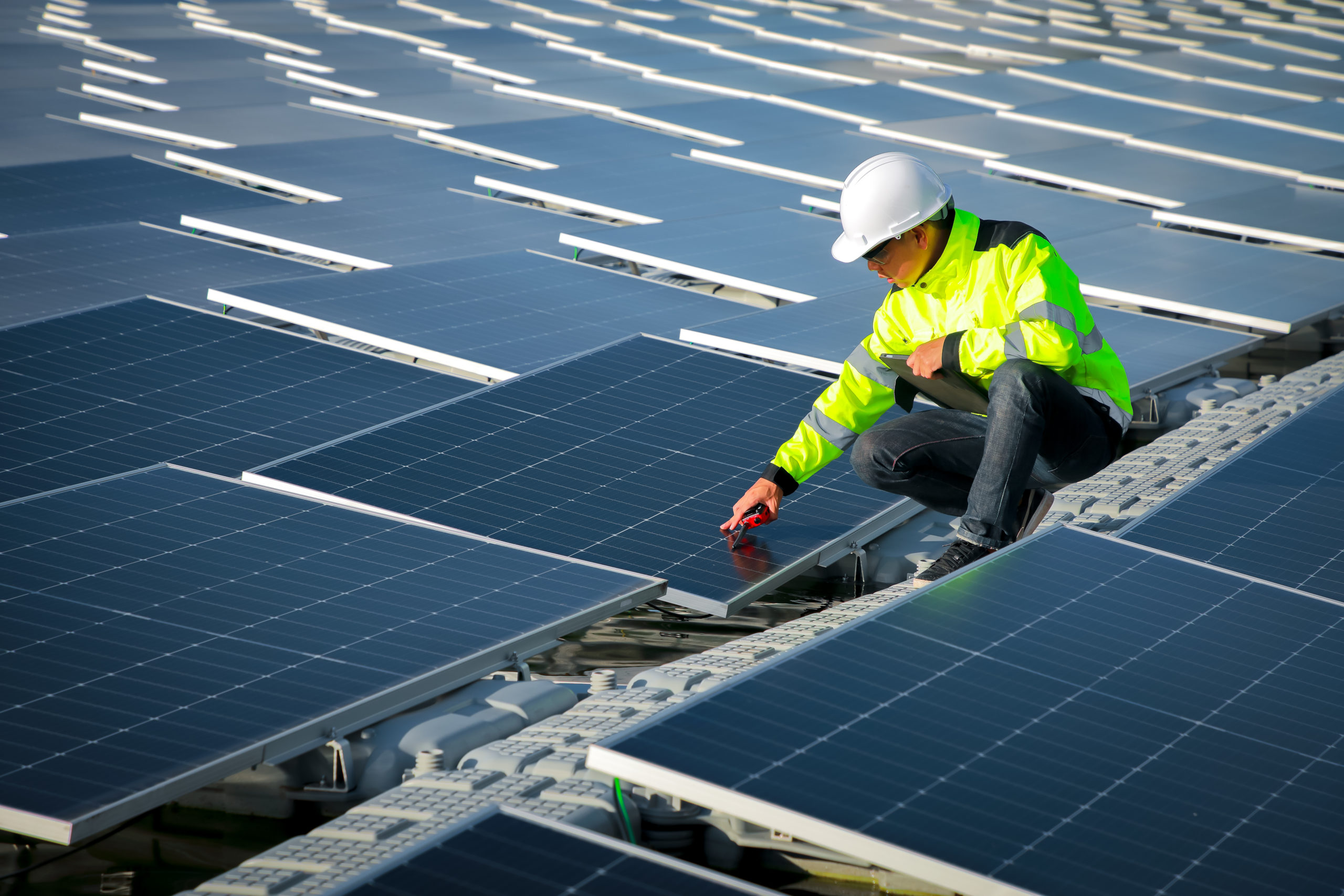 Solar water pump: the technology to save money on farm irrigation

The solar powered water pump technology is very useful in agricultural operations since it clears the need to use diesel generators and to have a connection to the electricity grid. This improvement regarding the energy source makes it possible to considerably reduce and optimise operating costs compared to fuel or electricity since the solar supply is free.

What is solar pumping for then?

As we all know, water is an essential resource for agriculture. Although each type of crop have specific needs for water, none of them survives a prolonged lack of it. Normally, the water resource used by irrigators comes from ditches, wells, rivers, reservoirs, cisterns or other sources. In many types of plantations, the distribution of water is done by sprinkling and therefore it is necessary to use pressure groups and water pumps for the correct irrigation of the entire field, extracting the water from the aforementioned sources or nearby aquifers. As these locations are generally remote and hence lacking running water supply, it is necessary to install specific pumping systems.

The solar pump, or in other words, solar pumping, aims to facilitate the process and operation of irrigation systems as the pressure is powered directly by the photovoltaic equipment, generating enough electricity to function autonomously. It thus prevent spending money on fuel and grid electricity.

Another advantage of this technology is that it is perfectly suitable for Southern European latitudes, since it takes advantage of both direct and diffuse radiation or albedo radiation. Thanks to this property of photovoltaic panels, energy can be obtained even on cloudy days, although with a lower performance than on sunny days.

Solar is a clean energy considered within the group of renewables, therefore friendly to the environment. Compared to the energy coming from diesel generators, it doesn’t create any pollution at the moment it is generated.

What equipment is needed for the solar pump? What are the components of a solar pumping system?

This type of system consists of the following components:

Solar panels: Photovoltaic solar panels are widely known today. It is a more than proven and robust technology that allows obtaining electricity from sun’s rays.

Charge regulator: This element is in charge of absorbing the voltage peaks from the solar panel and providing a uniform current output that avoids overvoltages in the solar pump.

Batteries: They store excess current to be able to be used in times of absence of sunlight (in the afternoon or on cloudy days).

It is important to note that they are not an essential element, and although they make installation more expensive, they can be interesting in less sunny places to store the excess electricity generated in times of high insolation, to be used in times of absence of sunlight.

Inverter: This element is responsible for transforming the direct current produced in the solar panels into alternating current that can be used by the solar pump.

What advantages do farmers get?

Using a solar pumping system has different advantages. The fundamental one is saving money, due to various factors, but it is not the only one:

1. In the first place, we increase the energy efficiency of the system, since photovoltaic energy is produced in the same place where it is consumed. In addition, in facilities that have batteries, it is possible to store the surplus produced by the panels, and that surplus energy can be used in situations of little solar radiation.

2. This equipment requires minimal maintenance compared to what is needed in traditional pump powered by generator sets.

3. These systems allow its permanent monitoring, being able to obtain precise data on its operation. This allows to know in detail if the system is working at full capacity, how much energy is generated and used, if there are leaks and other information of interest.

4. This pumping system can be dimensioned and subsequently scaled according to the needs of the farm. Both the water extraction machinery and the photovoltaic equipment can be adapted to almost any extension, allowing each farm to have a facility in which the adequate amount of water is obtained, so that unnecessary expenses will not be incurred.

5. Finally, the environmental benefit is obvious. The operation of this system does not pollute, neither through accidental fuel nor oil spills or through CO2 emissions and other gases emissions. The power supply of the machinery comes from the solar panels and their batteries, components that do not produce any emissions. By not using gasoline or other petroleum derivatives, there will be no spills that can end up in an aquifer. This saves money and protects the environment.

Is it really profitable?

Something that must be taken into account in reference to this technology is its investment cost, as well as its operating costs. The investment needed is higher than when using only an electric generator. However, in the long run, the savings make up for this initial higher investment since the cost of fuel is reduced to zero.

In addition, although a photovoltaic installation will produce energy based on the sunlight present, the surplus electricity generated can be stored in batteries. In this way, there is an energy buffer with which it is possible to compensate hours of low solar radiation.

The automation possibilities of the system must also be taken into account. Profitability is enhanced in this way, since the operation of the pump can be programmed according to pre-established criteria. These can be easily modified in the event of any change in irrigation needs, depending on the time of year or other factors. In addition, the increase in the price of electricity will not affect the system, since it generates its own energy.

The initial investment is often easily recovered in the medium term (repayment terms of the investment of four or five years are frequent). The efficiency of this type of system guarantees savings, drastically reduces consumption and allows a rational use of both water and energy.

In short, a solar water pump is of great help to agricultural operations. Whatever the size of the farm, this system can be scaled depending on the needs or availability of water. In addition, although it requires a certain initial investment, this is compensated by lower operating and maintenance costs than other alternatives.

Do you want to know more?

At GoSafe we ​​can help you implement this system with the coverage of an insurance that guarantees by contract the savings projected by your solar pumping provider.